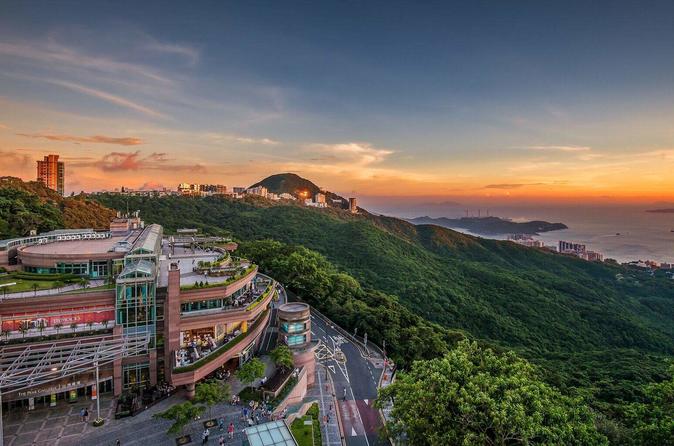 Enjoy 3 days in Hongkong for exploring all big spots of Hong Kong, private van, driver, entrance fees of sites and Enlighs speaking tour guide are provided.  And Lunch &  hotel accommodation is not included.

Day 1
After picking up from your central Hongkong's hotel lobby on 9:00 am in the morning, then you will take the ferry and reach Lamma Island later, well Lamma is situated only 4km off the south-west coast of Hong Kong Island from which it is separated by the East Lamma Channel. The island is very nice and rural with some rugged scenery with impressive hills dominated by the 360-meter peak of Mount Stenhouse in the south, as well as tiny settlements and quiet beaches.

Later on, take an interesting trip to fishermen's Cultural Village, and you can see who Hongkong fishermen's goes there, and next try the very fresh seafood as lunch in a restaurant(at your own extra expense), finally come back hotel.


Day 2
The tour will begin from your central located Hongkong's hotel lobby on 9:00 am in the morning, then visit relaxing Stanley street，which was the first built at the late 19th century, and it is a beautiful street in Central on the Hong Kong Island of Hong Kong. later on go to Victoria Peak, which is a mountain in the western half of Hong Kong Island. It is also known as Mount Austin, and locally as The Peak. With an elevation of 560 meters, it is the highest mountain on Hong Kong island, ranked 29 in terms of elevation in the Hong Kong Special Administrative Region administrative Region with an elevation of 960 meters.

Later on you will have Chinese lunch at an authentic restaurant, and next visit West Point and Lascar Row, west point is a point of land on Hong Kong Island, and Lascar Row is where they lived in the early years of Hong Kong, on a lane located between Hollywood Road and Queen's Road Central. Then go to Yau Ma Tei and Lee Cheng Uk Han Tomb Museum, which is composed of a brick tomb and an exhibition hall, while texts, graphics, photos and video models are used to explain the historical significance of the site and the historical period from which the tomb date, then go back hotel.


Day 3
Your Hong Kong English guide will hold your name logo and wait for your group at your most centrally located Hong Kong hotel lobby on 9:00 am in the morning. then go to xinjie  Hong Kong cultural Wei village, each family has its own house, surrounded by high walls. The walls are made of cannabis stone, and the walls are made of blue bricks. The four sides of the parapet have openings. The surrounding buildings are neat. Then go to a nearby interesting wish tree in Lin village, which is the most famous one in Hong Kong.

Then have lunch at a local restaurant (At your own extra expense), later on, explore the impressive qingshan temple, which is made up of a number of buildings and is clustered on the foot of the eastern hill of 583 meters high. There are roughly three groups of buildings:
There are four words "Xianghai famous mountain" on the entrance of the hospital.  finally go back your most centrally located Hong Kong hotel.

Enjoy 3 days in Hongkong for exploring all big spots of Hong Kong, private van, driver, entrance fees of sites and Enlighs speaking tour guide are provided.  And Lunch &  hotel accommodation is not included.